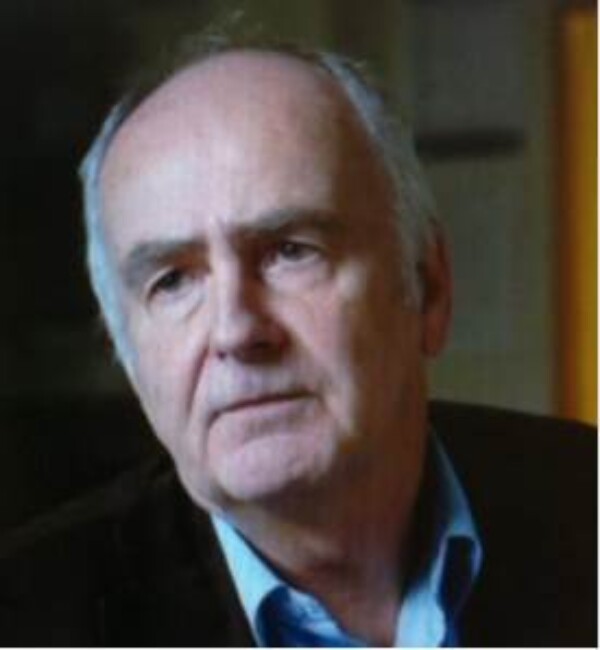 Professor Jacob de Boer is the head of the Environmental & Health department at the Vrije University, Amsterdam. He is professor in Environmental Chemistry and Toxicology. He is also Editor-in-Chief of Chemosphere (Elsevier). Professor De Boer has worked for more than 45 years on the contamination of the environment with persistent organic pollutants such as polychlorinated biphenyls (PCBs), brominated and organophosphorus flame retardants, chlorinated paraffins and many other contaminants. Nowadays, he is also working on microplastics and marine litter.

Q: When did it first occur to you that plastics also might be a problem and could be harmful to the environment? Were there events that led to your interest in this problem?

A: At Environment & Health we had a brainstorming session about what type of research we would invest in, in 2010. Within the department, there was already focus on nanoparticles, however microplastics had not yet been looked at. One of our colleagues, Heather Leslie, suggested the issue surrounding microplastics, and our department was the first one that got a European Research fund for this line of work.

The project, Clean Sea, started in 2013 and very quickly garnered interest and focused on the risks of materials. The European Union also requested that people from other disciplines were involved, such as environmental economists. We asked questions such as: “What measures need to be taken against microplastics? How can we prevent the spread of microplastics?”

We found lawyers, engineers (developed samplers that could measure microplastics in the deep sea), NGO’s, such as KIMO Netherlands and Belgium known from the project Fishing for Litter, in which fishermen do not have to pay for the trash they would bring ashore.  There were many diverse activities taking place across Europe.

Now that the European program “Horizon 2020” comes to an end, we can register for new funding. The number of possible topics on microplastics, however, has exploded since the start of Clean Sea.  At the moment, we are working on six proposals simultaneously.

Q: Did you have any ideas on what the results would be of the project?

A: Our subject is to look at chemicals and see the damage they cause.  However, in this case, it is more about the physical aspect of the material and not the chemical aspect that can cause infections. At the start, we were still learning how to apply this new approach, and we soon found out that the problem was much bigger than we ever imagined. Everything was filled with plastics; from macroplastics like plastic bottles and bags to cigarette butts to smaller particles. As environmental chemists, we were surprised that this problem had not been spotted earlier, as the damage showed that this was ongoing already for many years.  We theorize that in the earlier years, there was more a focus on major problems with chemicals such as dioxins and other harmful toxic substances. Since one cannot see the microplastics with the naked eye, it was not noticed. As a result, cleanups were not carried out, and since no one took action, the problem only grew bigger.

Q: Plastic is now in the spotlight in the news.  Are there other toxins that, in your opinion, also need to be brought to the public’s attention?

A: At the moment, we are most concerned about persistent chemicals and compounds that won’t break down in the environment. These are compounds that are toxic in low concentrations, and they accumulate in organisms such as fish.  Most of the chemicals contain halogens like bromine, chlorine and fluor. Fluor has recently been picked up by the news because of the very serious PFAS problem.  PFAS (poly- and perfluorinated alkyl substances) are compounds used for the production of Teflon (e.g. in non-sticky layers in frying pans), in fire-fighting foams and many other applications. A problem in our research is that if we find a certain chemical to be harmful during our studies, and after some time the government would forbid it, chemical companies move onto another chemical in the same family, and the process starts all over again. This is why I urge governments to put legislation in place for the whole family of compounds, instead of one variety. With the PFAS, that process will now hopefully be successful.

I had hoped that all halogens would be forbidden before my retirement, but unfortunately, this seems to be wishful thinking.  At least with PFAS, we are taking a step in the right direction.

With regard to flame retardants, there are already many alternatives that can be produced in mass, but as long as the government doesn’t imply legislation, the industry continues to produce only the most profitable ones.

Q: One of the aspects with plastic pollution is the addition of plasticizers and flame retardants. In 2016 there was a research paper published, “Propelling plastics into the circular economy.” Can you tell me a bit more about that project?

A: The biggest problem with recycling is that if you don’t start with a clean product, one without any contaminants such as fire retardants, you can never make a clean product from it in the recycling process. Another key factor is when two different materials are combined which makes it almost impossible to recycle.  A good example is a paper coffee cup that is lined with plastic, this cannot easily be recycled.

Q: This month we have the microplastic challenge and we are challenging people to look around in the most common household products to see if they contain microplastics such as PE, PEG, PUR etc.  Which of these microplastics is the most harmful and should be forbidden to use, and why?

A: We are concerned about polyurethane foams (PUR) because they contain various flame retardants, as well as plastic.

And although the situation is slowly improving, there are still many kinds of microplastics in bath scrubs and cosmetics.

Q: What product that has been studied has caused your biggest concern regarding microplastics?

A: There are so many microplastics which are not necessary or needed for the product. A perfect example are the plastic tea bags.  When you visit a tea farm in China, you will see the leftovers of their tea production, and when you ask what is done with those leftovers, the answer you get is: “That is going to be shipped to Europe for the teabags.”  So we are receiving the leftovers and the worst parts of tea, and on top of that it is also packed in paper tea bags that often contain plastics. 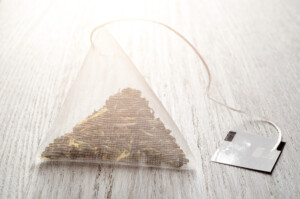 Plastic in Teabags Photography by Pavelis/Shutterstock

Europe is finally doing something about the plastic cutlery and takeaway containers, but we can do a lot more with the plastic tea bags in the front line.

Q: What would be your advice to everybody who wants to do something about the micro(plastic) problem?

My advice is simple: If you are looking at a new product to buy, check if there is micro(plastic) in it.  Whether it is the product itself or the packaging.  Do your research and make sure you put the plastic waste in the right bin.  A change of mentality will help to reduce the magnitude of this problem.