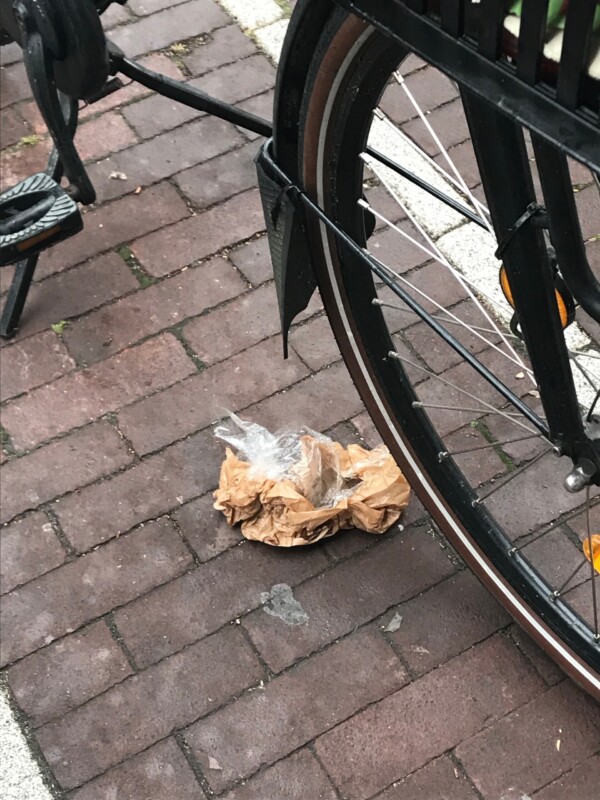 I live above two supermarkets in Amsterdam’s de Baarsjes: Lidl and Jumbo. Daily, I photograph 30+ items lying on the street in front of my house (naturally, I pick it all up after photographing, though! 🙂 I frequently use Litterati as it immediately puts it into a database, which I hope will show those in power what a huge issue this is.

Today, I snapped 42 items within 5 minutes! It’s a bit crazy, and I would love to know if others living in Amsterdam face similar issues with their local supermarkets? As I live directly above two, it’s quite obvious how much stuff ends up on the streets. It could be due to a number of factors, such as excess packaging, garbage cans/vuilnis bakjes that frequently overflow because they just weren’t made to contain this much packaging, the lack of education–I see customers just throw stuff on the street, which means no one ever told them not to, and the fact that there are no consequences for doing so.

It’s becoming clear to me that however much time I put into cleaning it up, it will reappear overnight X 7 (for each day of the week.) So cleaning it up is taking care of the symptoms, at best. I would like to think I made an impact, but it’s going to take me and a whole lot of other people to get this ball rolling and the momentum going!

The picture is the first thing I saw exiting my apartment.