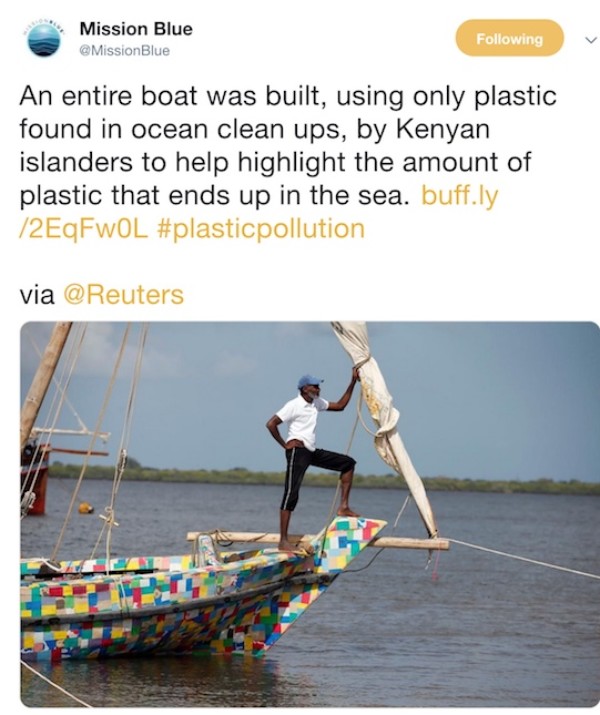 The traditional dhow is made from wood, but an ambitious new project is making waves in the waters of East Africa.
A dhow made entirely from recycled plastic aims to go on at least two expeditions this year.
Its first voyage from the Kenyan island of Lamu to Stone Town in Zanzibar, Tanzania began this month.
Dubbed the FlipFlopi Project, the dhow will make several stops in towns and cities along its 500 km route to spread a &quot;plastic revolution&quot; to the coastal communities of Kenya and Tanzania, according to Dipesh Pabari, the project’s team leader.
Pabari said the FlipFlopi Project aims to engage and raise awareness to local communities along the route on the dangers of single-use plastics and to teach them how to recycle their plastic.