How not to trash the planet at a festival

How not to trash the planet at a festival 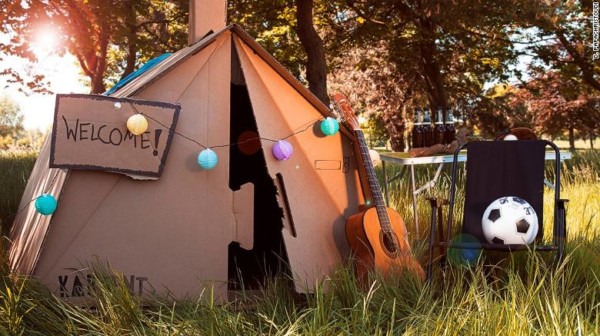 In the UK, where more than 3 million people go to music festivals each year, an estimated 23,500 tons of waste are produced annually.
Almost 70% of this ends up in landfill, according to a report by Powerful Thinking, an organization working to improve the industry’s sustainability record.

Sleep in a cardboard tent
Plastic bottles are not the only items littering festival sites.
Each year an estimated 22,700 plastic tents could be left behind at UK festivals, according to the Association of Independent Festivals (AIF), which launched the "Take Your Tent Home" campaign this year.
One in five tents are left behind at European festivals each year and most end up in landfill, O’Neill said.
An average tent contains as much plastic as 8,750 straws or 250 cups, according to the AIF