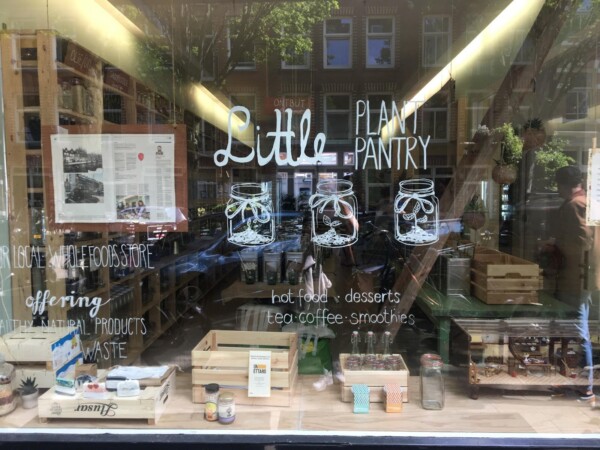 Waste-less grocery shopping can be a challenge nowadays. Even though there are many supermarket brands in the Netherlands that engage in the fight against plastic pollution by reducing their plastic wrappers, a completely plastic free shopping trip is seemingly impossible. Too many ingredients, such as rice, biscuits or even vegetables are packaged in plastic containers resulting from it’s relatively low production cost.

The Little plant pantry, a supermarket located in the heart of Amsterdam, in Bosnoom Toussaintstraat 45-H, offers not only a full range in plastic free products, but also the needed inspiration for a plant-based diet. I read about the new store online and decided to visit the location with the objection to fill up my (empty) shelves. 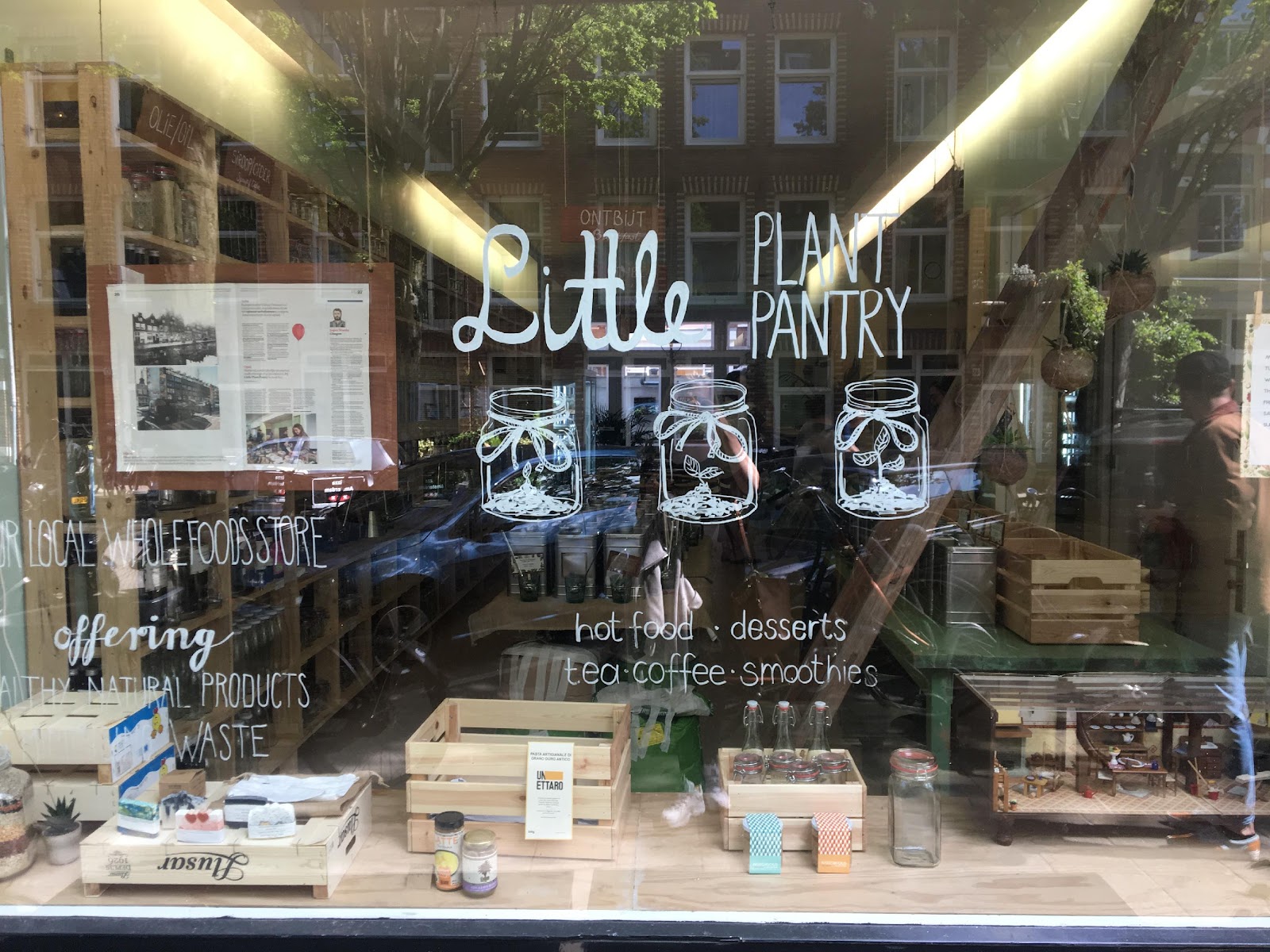 When entering the small shop the first word that popped into my mind was minimalistic, followed by orderly. Shops in Amsterdam are often so small and packed with products, that one balances on the edge of claustrophobia while shopping. Not this one. Despite the size, the interior furnishing makes it look larger and provides customers with enough space to stroll around and have a look at the sortiment. Which leads me to the next point, the sortiment. The store sells most of its products loose or in environmentally friendly packaging. Besides their “loose” products, listed on the website, they also sell pre cooked meals for take out or to consume in the café, which is located inside the store.
In order to establish the efficiency of this store as a replacement of the traditional supermarkets I decided to approach the shopping trip by following a list of ingredients, usually purchased. 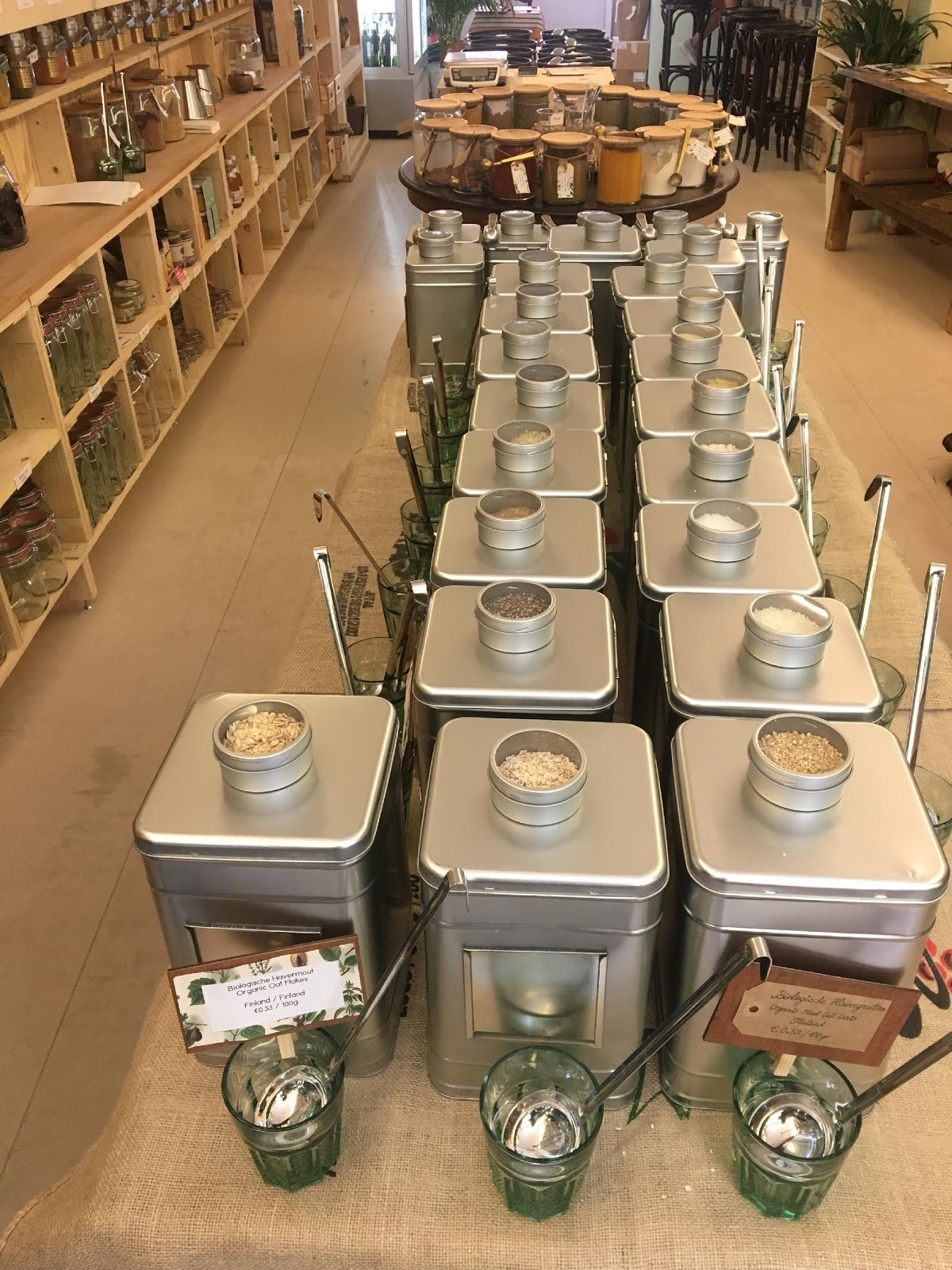 Bread in it’s “already-baked-form” can usually be purchased in the café (unfortunately not that day), in addition to many different flour types, displayed in the store. Vegan butter, such as almond/ hazelnut milk is available in small quanities (probably resulting from the current lack of demand, due to the fact that the store has opened pretty recently).
The Store consists of an impressive variety of rice and spices and also sells pasta and various super foods, such as quinoa, various cereals and Coucous in reasonalbe quanitities, adjusted to the demand. Other ingredients, such as nuts, coffee, tea and oils were sold in various forms aswell. I was missing some kind of sublement for the bread and maybe fruits and vegetalble, which are planned to be sold soon (according to the responsible employee). 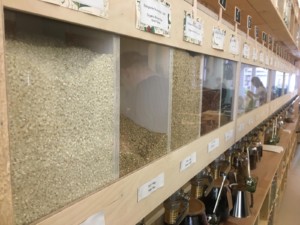 All in all  the shop provides you with the basic ingredients needed at home to a fair price (at least the “dry-goods” such as rice, coucous etc. are sold to a adequate price.) Milk and Butter are home-made and sold for a price that might not be in everyones budget. 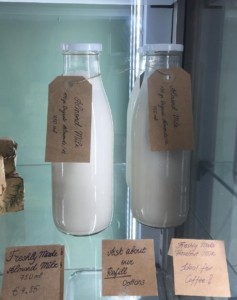 The Café, located inside the store consists of a small garden in which some of the products ar planed and produced, which spreads a lovely farm-life atmosphere in a big city.

I do believe, that the concept of these supermarkets contributes a major part to the reduction of plastic pollution and therefor should be supported. So pack your marmelade glasses or tupperware and a shopping bag and check out this place.

Check out more interviews and reports   from Trashless.Earth